The ARCS Foundation’s National Annual Meeting for 2010 was held June 1-5 in Washington, D.C. Anne Erickson, Ruth Novak and Cece Foxley represented the Utah Chapter at the meeting, which in addition to the regular business meeting of the National Board included speakers and panel discussions on such topics as climate change and the future of NASA. Congressional visits and receptions at the Netherlands Ambassador’s Residence and the U.S. Supreme Court, with Justice Anthony Kennedy and his wife Mary (a member of ARCS Metropolitan Washington Chapter) as our hosts were also highlights of the Annual Meeting. In addition, side tours to the Smithsonian Museum of Natural History and the Hillwood Museum and Gardens were also provided.  Shown with Justice Kennedy below are chapter members Cece Foxley, Anne Erickson and Ruth Novak. 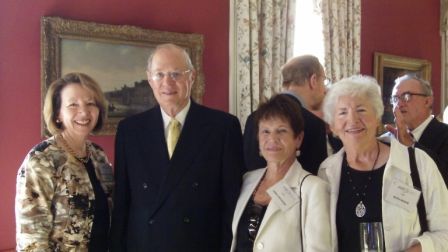