Eileen Hwang, MD, PhD, received the ARCS scholarship in 2014. She joined the Moran Eye Center faculty in 2019, specializing in the medical and surgical treatment of children and adults with retinal conditions.

Hwang was recently accepted into the University of Utah’s Vice President’s Clinical & Translational Research Scholars Program, which supports young investigators. Her research focuses on the vitreous, or transparent gel that fills the back of the eye.

The vitreous gradually separates from the retina, or part of the eye that senses light, with age. This can sometimes cause serious problems such as a retinal tear or detachment. Hwang is working to explain exactly how the vitreous changes with age to possibly develop new drugs that could impact this process to save vision.

Hwang’s most recent research gave ophthalmologists valuable information on using imaging known as optical coherence tomography (OCT) to predict vitreous separation prior to retinal surgery. She determined OCT was accurate when the vitreous appeared mostly attached, but not when the vitreous appeared to be separated from the retina. Hwang has measured the rate of separation of the vitreous from the retina, finding it to be similar between people and very slow. Preliminary results also show vitreous separation may begin at a much younger age than previously thought, possibly in the teenage years. She is following up on these early results with a larger study.

“ARCS funding gave me the freedom to pursue my own project with supervision and support from mentors rather than being tied to working on my mentors’ projects,” said Hwang. “It also helped me build the network I am now relying upon as I start my lab.”

Hwang received her bachelor’s degree in physics from Princeton University and obtained her doctorate and medical degree at the University of Medicine and Dentistry of New Jersey-Robert Wood Johnson Medical School. Following her residency at Moran, she completed a two-year fellowship in vitreoretinal surgery at the Medical College of Wisconsin. 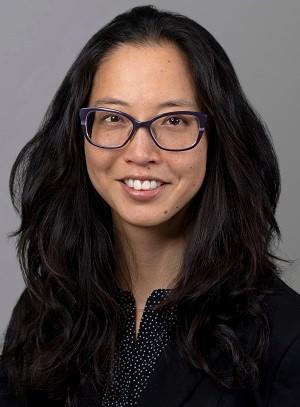